SDGs Serve as a Compass

Yamamoto: I think that the SDGs are a set of well-thought-out goals serving as a compass for businesses seeking to contribute to sustainability. Japan’s chemical industry has a number of corporations that are similar in size to Denka, each boasting unique and promising technologies that could constitute a significant social contribution. However, such corporations might find it difficult identifying how to best utilize their technologies in the context of sustainability. I believe that the SDGs will greatly assist them in this identification.

Kanie: Exactly. As the pursuit of the SDGs helps corporations determine their direction, the SDGs can be likened to a compass. The most important point about the SDGs is that these future goals have been agreed upon by all UN member countries around the globe. Accordingly, I think the SDGs effectively represent what our society will be like in the future.

Yamamoto: I believe that in order for Denka to achieve growth, it must pursue specialization. We are therefore specializing our businesses in a way that addresses needs of people around the world, aiming to deliver technologies and products that improve their living standards and bring greater value to them. I think this coincides with the concepts underlying the SDGs.

Kanie: That’s right. Also, the SDGs can be utilized to expand the scope of fields in which Denka can contribute to society in the way you discussed. For example, a combination of highly functional infrastructure and energy-saving solutions may give rise to unconventional ideas and businesses. The SDGs consist of a total of 17 goals encompassing a broad range of fields. These goals allow businesses to choose from a variety of options with regard to their approaches to sustainability. The pursuit of the SDGs can also involve supply chains. In this light, I praise Denka’s process reforms undertaken as part of an overarching strategy.

Yamamoto: Currently, we are developing a biostimulant* technology that is expected to simultaneously help increase food production volume and reduce environmental burdens. I believe this is exactly the kind of technology supporting the realization of the SDGs. In Japan, a number of chemical companies boast considerable accumulated technologies backed by long track records spanning more than 100 years. Although I suspect that some of their technologies have not yet realized their full potential, I expect the SDGs to provide businesses with insights into how to utilize such technologies.

Taking Full Advantage of the Period Leading up to 2030

Kanie: What is good about the SDGs is that they represent long-term goals for 2030. We can take advantage of time. Even though the SDGs will not be realized right away, businesses can still spend decades working toward the betterment of society. It is only to be expected that they will face some criticism about what has not been done or what is lacking. Nevertheless, it is important for businesses to clarify their commitment to taking on forward-looking initiatives aimed at realizing the SDGs.

Yamamoto: Indeed, we can rely on the SDGs to identify our future ideals as they are supported by the international consensus. This is quite helpful as we can be confident about our conclusions on Denka’s long-term visions.

Kanie: Today, ESG-oriented investment is attracting growing public interest. Because of this, stakeholders’ attention is being directed to the long-term visions businesses are now pursuing. I also believe that businesses taking a forward-looking stance toward sustainability will attract the support of a growing number of stakeholders.

Yamamoto: In 2016, we established The Denka Value, clarifying our corporate philosophy aimed at ensuring that all of our activities will eventually help us improve our track record in environmental, social and governance (ESG) aspects. Currently, we are striving to ensure that this philosophy is embraced by all employees. Although we have previously struggled with finding correlations between our initiatives associated with CSR, materiality issues and ESG issues, I think the SDGs have helped us smoothly coordinate these initiatives.

Kanie: While the SDGs encompass matters associated with ESG, they are focused on identifying universal goals in addition to meticulously specifying fields in which businesses can make contribution. I find it encouraging that Denka utilizes the SDGs in the course of putting its corporate philosophy into practice. However, it is quite challenging to ensure that such a philosophy is embraced throughout the organization. I understand this kind of challenge, and believe that both businesses and researchers, including myself, must play their part in collective efforts aimed at communicating the importance of sustainability not only to a circle of major corporations but also a broader business community, including small and medium-sized corporations. Once employees understand the significance of their duties in terms of contribution to society, however, I think they will be more motivated than ever before.

Kanie: I have heard that researchers engaged in technological development often tend to get lost in the details and lose the bigger picture of what they are doing. Management should help them incorporate a long-term perspective so that they clearly understand what they are contributing through their duties. This type of input affects working styles and, of course, helps to motivate them even more.

Yamamoto: Denka formerly maintained a more traditional focus, looking simply to achieve growth in terms of size and cost reductions. However, this approach has proven ineffective in the face of global competition. Denka has thus positioned specialization as an essential strategy that will empower it to thrive well into the future. However, any success due to specialization can quickly become moot if we fail to keep on working on said specialization. Therefore, we also need to nurture human resources capable of taking on this endeavor. To this end, we are pushing ahead with thoroughgoing process reforms and work style reforms by employing AI, IoT and other advanced technologies. In particular, our process reforms, which aim to standardize procedures and make it easier to check operational status, are also expected to greatly help us promote diversity.

Kanie: In short, Denka began placing stronger focus on quality to compete against quantity. Incidentally, a growing number of consumers have been shifting their focus from quantity to quality. Furthermore, although MDGs, the precursors of the SDGs, placed relatively stronger emphasis on quantity, the SDGs are obviously focused on quality. Although it is well understood that superior quality lends a manufacturer competitive advantages, Denka’s pursuit of specialty goes in tandem with its policy of employing a combination of diverse technologies. While the fear with specialization is that excessive focus may result in a lack of flexibility, Denka is avoiding this pitfall as it strives to simultaneously acquire strength and realize the potential of its technologies via specialization.

Yamamoto: Denka had previously adopted a silo-based organizational structure and was almost unable to employ synergies arising from intersectional collaboration. Some of our technologies thus remained underutilized. Today, however, Denka is focused on boosting synergetic effects under keywords “collaboration” and “reform.”

Kanie: Great. This is exactly the approach needed to facilitate organizational chemistry.

Achieving Growth in Tandem with Stakeholders

Creating the Future of Denka

Yamamoto: Denka recognizes an imminent threat arising from environmental problems. Among these, Denka considers marine plastics to be a pressing issue that must be addressed. In addition, Denka operates cement production facilities. Although these facilities emit a volume of greenhouse gases, they also produce cement via the effective utilization of industrial waste. For every 1 million plus tons of cement manufactured, these facilities process 500,000 tons of industrial waste. We are considering how to better utilize their capabilities. Also, Denka’s hydroelectric power generation facilities, which produce clean energy, supply nearly half the electricity consumed by its manufacturing operations. However, dependence on these energy sources may also expose Denka to an existential threat if the volume of rainfall fluctuates significantly due to climate change.

Kanie: The problems Mr. Yamamoto has mentioned, such as marine plastics and climate change, cannot be resolved by a single corporation. The SDGs also emphasize partnership. I would like to encourage Denka to act as part of cross-sector partnerships involving a variety of entities, such as governments and NGOs. Such partnerships will better position Denka to resolve these issues. Furthermore, I expect the new technologies or solutions that Denka creates in the course of said pursuits to become global standards. Generally, Japanese corporations are not good at establishing global standards compared with their peers in Europe and the United States. I hope that one day Denka plays a leading role in the worldwide popularization of innovative solutions that help resolve global problems.

Yamamoto: Ideally, I would like our stakeholders around the world to be proud of having a relationship with Denka. This dialogue has bolstered my confidence that the SDGs will serve as a helpful tool guiding us toward this ideal. Looking ahead, we will utilize the SDGs to become a global company leading the way to the betterment of society. 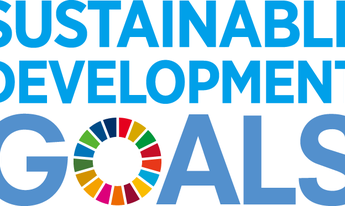 Our Contribution to United Nations SDGs

We believe the Denka Mission, “Taking on the challenge of expandi... 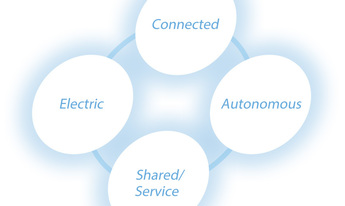 Latest Trends in the Automotive Market Today, the automotive i... 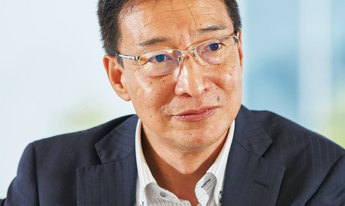 Creating New Value via a Combination of Tech...

Delivering Even Better Solutions to Satisfy ...

Contributing to Technological Innovation and...

Examples of Our R&D Accomplishments

To achieve the goals of the Denka Value-Up management plan, all employees...

Regarding product safety, we evaluate product risks in consideration of v...

Our Approach to Chemical Substance Management

Based on in-house guidelines for the management of chemical substances us...

We provide new recruits with basic education on quality managemen...

Response and Approach to Conflict Minerals

Minerals from conflict areas such as the African continent can be a sourc...

Establishment of a sustainable supply chain

Today, CSR activities are required to be implemented not only for individ...